The Social Pyramid of India: 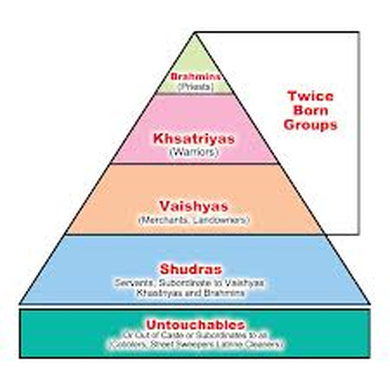 A Code of Conduct is rule-outlining responsibilities or indivitional groups. In India there are Rules of Conduct relating to certain topics for different groups. The topics are: Patriotism, Duty, Character, Health, Virtue, Public Property, One Family, Religion, Non-Violence, Economey, Law, Ahimsa. Ecology, Unity, and Education. For the rules on them go the this website: http://www.dlshq.org/announce/conduct.htm
Powered by